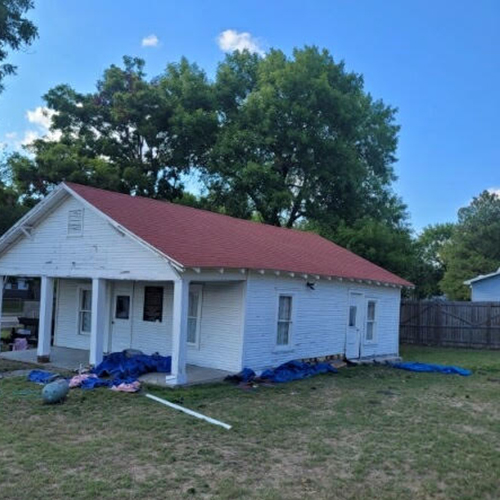 I have loved the game of baseball since I was about 7 years old. Growing up in NE Oklahoma, that’s what young boys did in the summer to stay active and out of trouble. The sport helped teach me many things I use in business, helped pay for my college, and I still play each summer in the MSBL.

One of my boyhood heroes was Mickey Mantle, who grew up in Commerce, OK., less than an hour from my hometown on historic Route 66. Commerce has maintained a population of about 2400 hardworking folks and was named after the Commerce Mining and Royalty company. Mickey’s dad moved the family there when Mickey was 4 years old. In high school, he was nicknamed the “Commerce Comet” and lettered in three varsity sports. The modest 650-square-foot house was where Mickey lived until signing with the Yankees after high school. He played in the Major Leagues for 17 years, where he was an All-Star for 15, MVP 3 times, and inducted into the Baseball Hall of Fame in 1974.

The Mantle House was purchased by an asset investment group out of New York recently and used in the new Paramount+ Series “The Tulsa King”, starring Sylvester Stallone. I jumped at the opportunity to work on the house, restoring the roof to its original red color. Going back to Commerce where we played at Mickey Mantle field #7 was a treat. The Mantle House project turned out great and I relived some great memories of a great time in my life…playing America’s pastime, baseball.